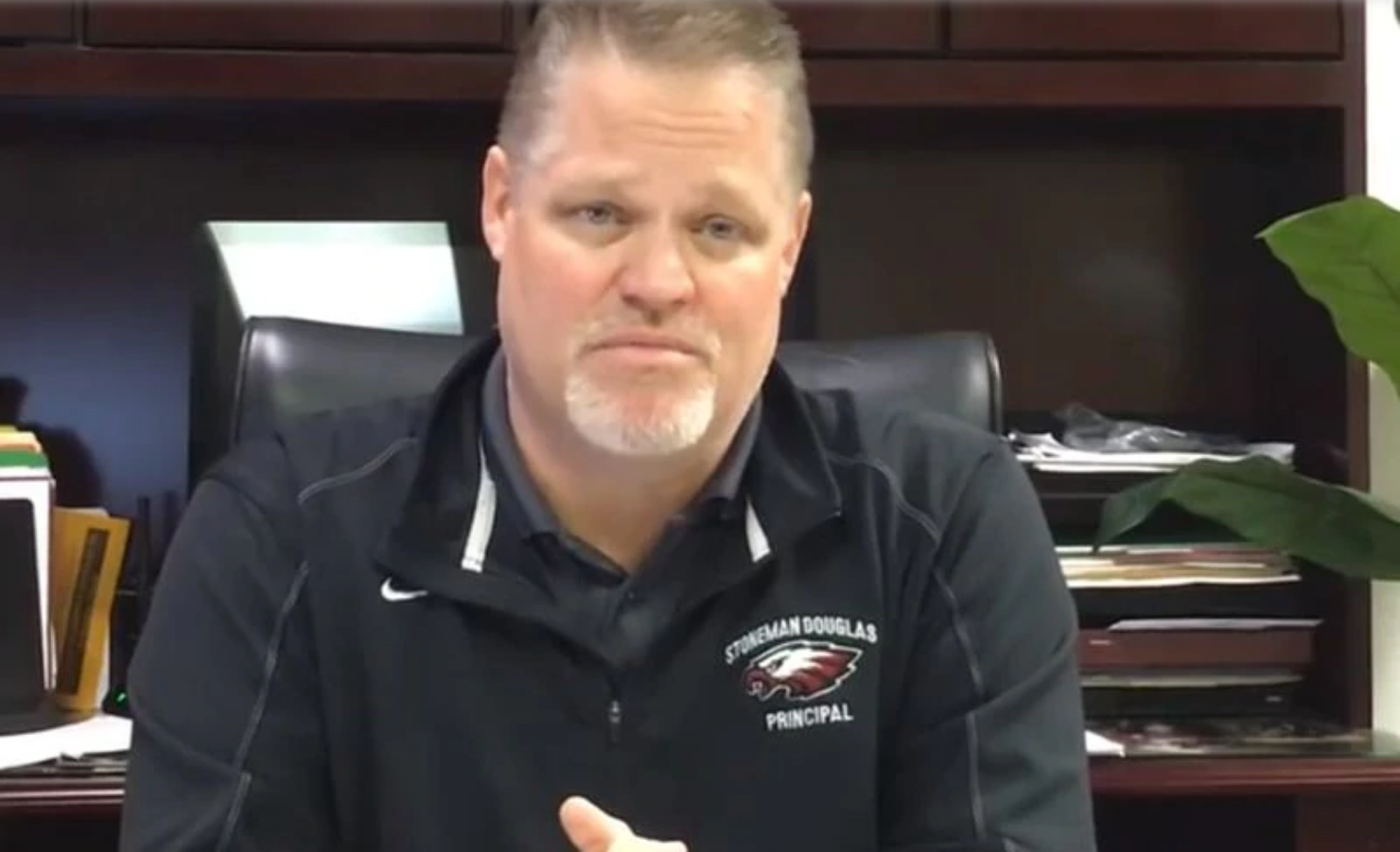 Two former administrators at Marjory Stoneman Douglas High School have been cleared of wrongdoing related to their roles in the Feb. 14, 2018, mass shooting at the school in Parkland.
The Broward School District sent letters to former Principal Ty Thompson and former Assistant Principal Denise Reed this week saying an investigation by an outside law firm found “insufficient factual or legal basis” to discipline either of them. Both still work as administrators elsewhere in the district.

A third administrator, former Assistant Principal Jeff Morford, received a letter of reprimand for mishandling a threat assessment of the former student who killed 17 people. Morford retired from the district last year.

Winfred Porter, a former assistant principal, and Kelvin Greenleaf, a security specialist, were cleared last fall in an investigation that had lasted since late 2018.

The notices to Thompson and Reed came the same week that a Broward County sheriff’s sergeant won an appeal of his firing in connection with the shooting.

Sgt. Brian Miller was accused of sitting in his car and failing to supervise deputies while the gunman murdered students inside the school. An arbitrator ruled that his termination 16 months after the shooting violated his due process rights.

The school district commissioned the investigations of Reed and Thompson by lawyer Jennifer Ruiz of the firm Cole, Scott & Kissane of Miami. Chris Whitelock, a lawyer for the administrators, said his clients are relieved the ordeal is over.

“These guys didn’t do anything wrong. They were doing their jobs,” he said, adding that they didn’t want to comment.

The only district employees to face tough consequences related to the shooting were two low-paid campus security monitors, Andrew Medina and David Taylor, whose contracts were not renewed in June 2018.

“I will never accept that my baby boy Alex was murdered at Marjory Stoneman Douglas High School and no one has been held accountable,” Schachter said. “If everyone did the right thing I would be able to go give Alex a hug and a kiss right now and tell him that I love him. Unfortunately, I will never be able to do that again.”

The investigations of Thompson, Reed and Morford won’t be public until 10 days after the employees received them, wrote Craig Kowalski, chief of the district’s Special Investigative Unit. The employees got them Thursday, but Kowalski said the employees are forbidden from sharing them since they may contain student information that would need to be removed.
Letters to Reed and Thompson, obtained by the South Florida Sun Sentinel, gave no specific details about why they were cleared.

The charges against the employees were all based on findings of the Marjory Stoneman Douglas Public Safety Commission, a state body that investigated the shooting. Chairman Bob Gualtieri said last fall that it might be hard to hold employees accountable because the school district’s policies, procedures and training were weak.

Thompson, who was not on campus at the time of the shooting, had been accused by the district of failing to ensure the campus was secure, staff members were trained and threat assessments were conducted properly. He left the school last June and is now an administrator in the district’s athletics department.

Reed was accused of failing to ensure employees had the proper training and equipment and failing to call an emergency Code Red the day of the shooting. She was transferred to an assistant principal’s job at Deerfield Beach High last summer.

He would have to get training if he wants to get rehired by the district, Whitelock said.