Band was the last period of the day, and the anticipation kept Valeria Valera going through her other classes.

“When I think about school, what motivates me to go to school is usually band class,” said Valeria, 13, a rising eighth grader at Rickards Middle School in Fort Lauderdale. “And it’s at the end of the day, so I have to wait all day.”

But when COVID-19 shifted seventh grade online, band class wasn’t the same. She no longer had that same musical motivation.
That’s until she started taking private virtual trombone lessons from the School of Rock Boca Raton — a break in the coronavirus-imposed monotomy.

“I look forward to it every time, every week,” Valeria said. “Yay! Something to do! Because we don’t really do anything in the house.”

A foundation called Safe Schools for Alex made that happen.

Max Schachter started the foundation to honor his son’s memory after the 14-year-old was killed in the Marjory Stoneman Douglas High School shooting in 2018. 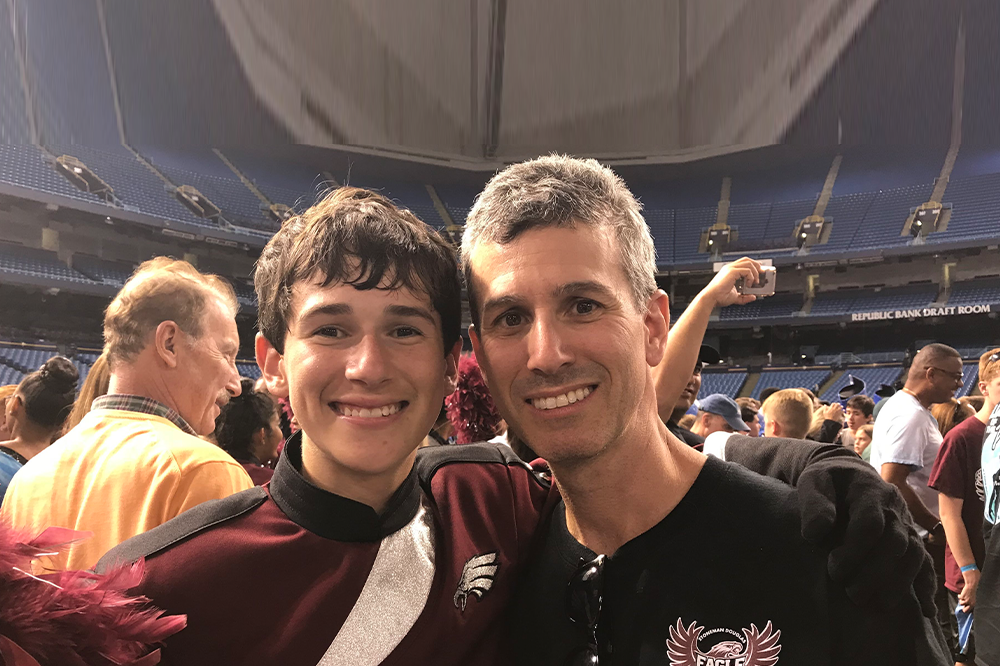 Alex was a promising trombone player who spent the summer before high school practicing hours, days, weeks at a time. He performed in the Florida Marching Band Championship finals at Tropicana Field in St. Petersburg a few months before the shooting, helping the school clinch its first-ever state title.

Schachter said music brought his son joy, helped him develop a work ethic and led him to his closest friendships.

“I know the power of music. We know all the positive effects that it had on Alex,” Schachter said. “And we wanted to try to spread that to children in schools that need it the most.”

Through the foundation’s “Let the Music Play On!” initiative, students attending Rickards and another Title I school in Brooklyn who have missed out on interactive music classes because of the pandemic are now getting the free lessons online. Schachter hopes to raise enough money to expand the program to more students and schools.

In addition to the lessons, Valeria got her trombone from the foundation. She borrowed an electric guitar from her school to learn that instrument over the summer. And she plays the piano, too.
She said she can’t wait for things to get back to normal so she can show her bandmates how much she’s improved.